NodeSchool has its genesis ultimately at NodeConf 2013 where @substack introduced us to stream-adevnture. I took the concept home to CampJS and wrote learnyounode for the introduction to Node.js workshop I was to run. As part of the process I extracted a package called workshopper to do the work of making a terminal workshop experience. Most of the logic originally came from stream-adventure. A short time after CampJS, I created levelmeup for NodeConf.eu and suddenly we had a selection of what have come to be known as "workshoppers". At NodeConf.eu, @brianloveswords suggested the NodeSchool concept and registered the domain, @substack provided the artwork and the ball was rolling.

Today, workshopper is depended on by 22 packages in npm, most of which are workshoppers that you can install and use to learn aspects of Node.js or JavaScript in general. The curated list of usable workshoppers is maintained at nodeschool.io.

learnyounode itself is now being downloaded at a rate of roughly 200 per day. That's at least 200 more people each day wanting to learn how to do Node.js.

I can't recall exactly how "NodeSchool IRL" events started but it was probably @maxogden who has been responsible for a large number of these events. There have now been over 30 of these events around the world and the momentum is only picking up steam. The beauty of this format is that it's low-cost and low-effort to make it happen. All you need is a venue where nerds can show up with their computers and some basic guidance. There have even been a few events that were without experienced Node.js mentors but that's no great barrier as the lessons are largely self-guided and work particularly well when pairs or groups of people work together on solutions. 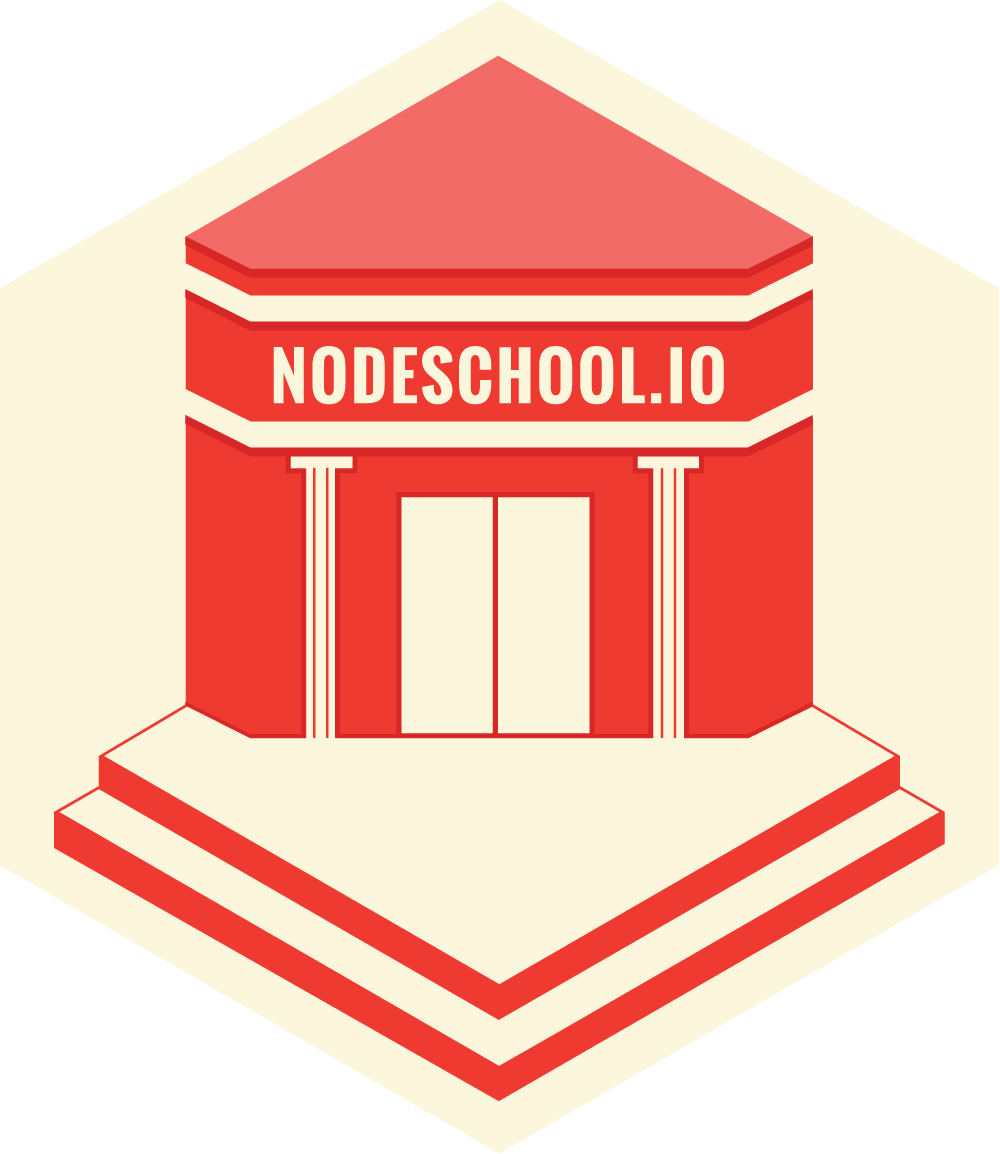 It's surprising that so far, given all of the NodeSchool activity around the world, that we haven't had a single NodeSchool event in Australia. CampJS had learnyounode last year and this year there were 3 brand new workshoppers introduced there, so it's the closest thing we've had.

Next weekend, on the 21st of June, we are attempting a coordinated Australian NodeSchool event. At the moment, that coordination amounts to having events hosted in Sydney, Melbourne and Hobart, unfortunately the timing has been difficult for Brisbane and we haven't managed to bring anyone else out of the woodwork. But, we will be attempting to do this regularly, plus we'd like to encourage meet-up hosts to use the format now and again with their groups.

I'll be at NodeSchool in Sydney next weekend. It will be proudly hosted by NICTA who have a space for up to 60 people. NICTA are currently doing some interesting work with WebRTC, you should catch up with @DamonOehlman if this is something you're interested in. Tabcorp will also be a major sponsor of the event. Tabcorp have been building a new digital team with the back-end almost entirely in Node.js. They are also doing a great job engaging and contributing to existing and new open source projects. They are also hiring so be sure to catch up with @romainprieto if you're doing PHP, Java or some other abomination and want to be doing Node!

Thanks to the sponsorship, we'll be able to provide some catering for the event. Currently we're looking at providing lunch but we may be expanding that to providing some breakfast treats. We'll also be providing refreshments for everyone attending throughout the day.

Start time is 9.30am, end is 4pm. The plan is to spend the first half of the day doing introductory Node.js which will mainly mean working through learnyounode. The second half of the day will be less structured and we'll encourage attendees to work on other workshoppers that they find interesting. Thankfully we have some amazing Node.js programmers in Sydney and they'll be available as mentors.

We are currently selling tickets for $5, the money will contribute towards the event, there is no profit involved here. We don't need to charge for the event but given the generally dismal turnout for tech meet-ups that are free we feel that providing a small commitment barrier will help us maximise the use of the space we have available. If the money is a barrier for you please contact us! We don't want anyone to miss out. Also, we have special "mentor" tickets available for experienced Node.js programmers who are able to assist. If you think you fit into this category please contact us also.

You can sign up for Sydney NodeSchool at https://ti.to/nodeschool/sydney-june-2014/. If you are tempted, don't sit on the fence because spots are limited and as of writing the tickets are almost 1/2 gone.

NodeSchool in Melbourne is being supported by ThoughtWorks who have been doing Node in Australia for a while now. If you're interested in their services or want to chat about employment opportunities you should catch up with Liauw Fendy.

@sidorares is putting in a large amount of the legwork in to Melbourne's event. He was a major contributor to the original learnyounode and is a huge asset to the Melbourne Node community. Along with Andrey, Melbourne has large number of expert Node.js hackers, many of who will be available as mentors. This will be a treat for Melbournians so this is not something you should miss out on if you are in town! Potential mentors should contact Andrey.

You can sign up for Melbourne NodeSchool at https://ti.to/nodeschool/melbourne-june-2014/.

Hobart is lucky to have @joshgillies, a local tech-community organiser responsible for many Tasmanian web and JavaScript events. The event is being hosted at The Typewriter Factory, a business workspace that Josh helps run. Sponsorship is being provided by ACS who will be helping support the venue and also provide some catering.

You can sign up for Hobart NodeSchool at https://ti.to/nodeschool/hobart-june-2014/.